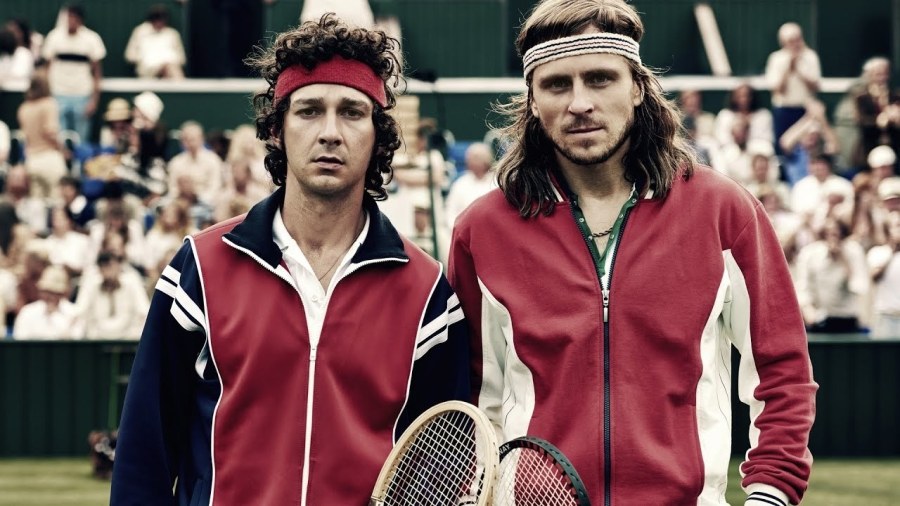 When you commit a fault, you are given another chance to get it right.

If you make the same mistake again (double fault) you pay for it.

When you have an advantage, it’s up to you to make use of it. If you don’t, someone else will.

Any point in the match can be a turning point.

Every new game begins with “love all”

All of us make our own unforced errors (we all have our imperfections). That doesn’t stop us from trying.

We always want to ace it.  This movie did.

I’m normally not so into sports movies but this one is about one of, if not the, greatest tennis match of all time. The 1980 Wimbledon Men’s Finals between cool Swede Björn Borg and hot tempered New Yorker John McEnroe. It was a stimulating battle of opposite personalities.

Borg was the top tennis player in the world, dominating the sport both on and off the court.  He had already won four Wimbledon championships in a row and this would be a record-breaking fifth.

McEnroe, considered among the greatest in the history of the sport, was famous for his shot-making skills, as well as his confrontational on-court behaviour.

The players are incredibly acted out by Shia LaBeouf (McEnroe) and Sverrir Gudnason (Borg).  It delves in and out of how they first started out in the game and the enormous pressures put upon them.  You realize they have more in common than what is initially perceived.

In the end I found myself rooting for both of them.

Last two days for screenings.  Get your tickets here: https://www.viff.org/