Things you might not know about one of the most influential artists of the twentieth century:

Initially trained as a lawyer, Matisse developed an interest in art only at age twenty-one.

Along with those of Pablo Picasso, his stylistic innovations fundamentally altered the course of modern art and affected the art of several generations of younger painters.

In the summer of 1904, while visiting his artist friend Paul Signac at Saint-Tropez, a small fishing village in Provence, Matisse discovered the bright light of southern France, which contributed to a change to a much brighter palette.

Matisse’s career can be divided into several periods that changed stylistically, but his underlying aim always remained the same: to discover “the essential character of things” and to produce an art “of balance, purity, and serenity,” as he himself put it in his “Notes of a Painter” in 1908.

In the autumn of 1917, Matisse traveled to Nice in the south of France, and eventually settled there for the rest of his life.  No wonder – it’s so nice in Nice.

In the late 1940’s, sufffering from ill health, Matisse retired his paintbrush.  A spirit as creative as his, however, was not to be restrained.

Until his death in 1954, the trailblazing colorist snipped and tore gouache-coated paper into graphic shapes that he assembled into vibrant compositions.

Debuting at London’s Tate Modern this spring, the exhibition “Henri Matisse: The Cut Outs” features some 120 of these works, from figurative pieces – botanical tableaux, nudes – to playful abstracts such as The Snail (shown), a nine-foot square 1953 masterpiece that is as striking today as ever. 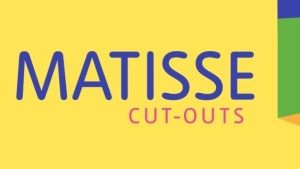 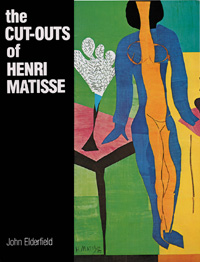