CLAY: a common material with an ancient history…

Versatile, sensuous, malleable, as basic as mud and as old as art itself, clay is increasingly emerging as a material of choice for a wide range of contemporary artists.

Ceramic art, referring specifically to American ceramic art, has finally come out of the closet, kicking and disentangling itself from domestic servitude and minor-arts status—perhaps for good. Over the past year, New York has seen, in major venues, a spate of clay-based art. There was the much-lauded Ken Price retrospective at the Metropolitan Museum of Art, as well as his exhibitions at Franklin Parrasch Gallery and the Drawing Center. Once known as a ceramist, Price is now considered a sculptor, one who has contributed significantly to the perception of ceramics as fine art.

Populist as well as elitist, its inclusive nature might be one reason for its current appeal. It has infinite versatility, from the purely formal to the functional. It is a substance every child has played with,

and it is responsive to the primal instinct to make things by hand. Clay allows the artist to create form in spontaneous and direct ways that other mediums do not.

What do the Artists have to say?

Arlene Shechet, Sculptor: “I’m not a ceramic artist,” Shechet insists. “I’m an artist who works in clay. I like working in clay because it is very direct experience. I like the resistance of clay. It’s a physical enterprise, and you can make anything out of it. It doesn’t have a character until you give it one.”

Julia Kunin, Sculptor: “Clay,” she says, “gives me the freedom to create something intense, raw, over the top.”

It has allowed me to pile things up, break things down, play, and make mistakes.” Kunin loves the immediacy of a material that is “as basic as mud,” she points out. “I am addicted to the unpredictability and iridescence of the glazes I’m using as well as the range of their colors and their psychedelic qualities.”

As these artists and many others, frequently women, wrestle with a material deeply embedded in rules, craft, and tradition, they are widening its trajectories, spinning it into the art-world mainstream, into blue-chip desirability. They are waiting for the day, as Cherubini says, when clay—no longer synonymous with the counterculture, with hippies and vegans—is just a material like any other, and those who use it are not ghettoized as ceramic artists. 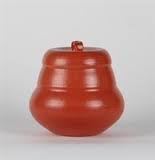 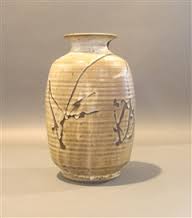 Lilly Wei is a New York–based art critic, independent curator, and a contributing editor of ARTnews.