We’re still pleasantly engrossed at the Vancouver International Film Festival and I can hardly keep up with the reviews. 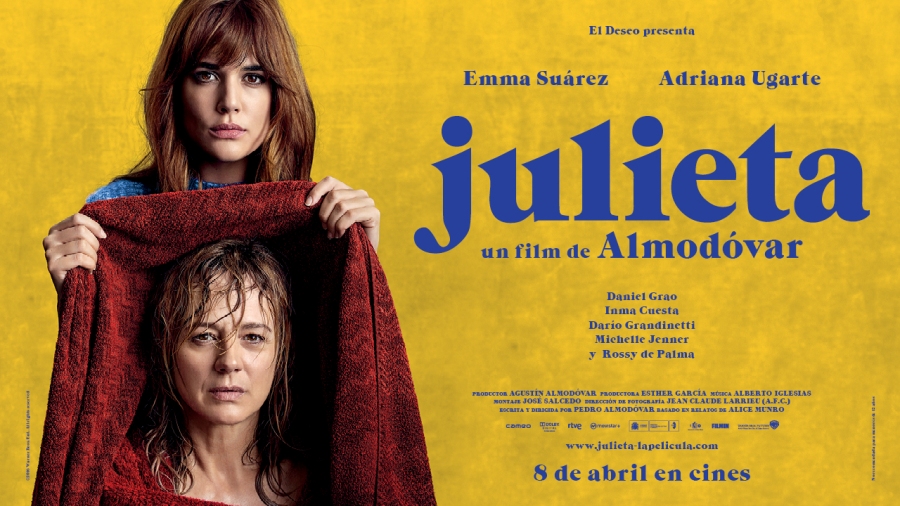 Today I saw two films back to back and I’m a bit mentally worn out.  So much to discover and contemplate but I can tell you a little about the last two films with strong leading women.

I have a lot of appreciation for foreign films.  Many times they have a lot more depth than North American cinema.  I’m a big fan of Spanish director Pedro Almodóvar since having seen Women on the Verge of a Nervous Breakdown, 1988. It was nominated for an Academy Award for best foreign language film.  And of course All About My Mother (which I loved even more) won an Academy Award for best foreign language film.  The list goes on.  So as soon as I heard that Julieta (the latest Almodóvar , sure to become another classic) was partaking at VIFF I had to schedule time to see it.

Told in flashback over 30 years of guilt and grief, this melodrama is based on three Alice Munro short stories.  Critics are saying it is his best film in a decade.

What I love the most about any Almodóvar movie is the character study in itself – all about relationships, it never disappoints and you can guarantee the actors are the best of the best.

Emma Suárez is fabulous as Julieta.  A beautiful woman who is leaving Madrid to start a new life in Portugal.  But before she moves, and by chance, she bumps into a childhood friend of her estranged daughter Antía.  She decides to stay in Madrid and returns to the apartment block where she and her daughter once lived.  Then we’re transported back to the 80’s to find out the story about fate, love and separation.

I enjoyed the film very much but without giving too much away, I unfortunately didn’t completely understand the decision made by Antía (the daughter) and in my opinion it was a very undeserving situation.

Elle, on the other hand was pretty disturbing in a sick and twisted confrontational sense.  I would classify it as a mystery/thriller with a wink and a twist.

I chose it because it’s a French film which stars Isabelle Huppert and is directed by Dutch filmmaker (and former Hollywood bad boy) Paul Verhoeven (Basic Instinct, Starship Troopers).

I liked the strong, seductive unemotional character of business woman (a CEO of a video game company) Michelle (Isabelle Huppert) with her dry sense of humour.  She is superb in the role.  I was disturbed and intrigued. This movie will most definitely spark a debate.