Once upon a time there was a picture-perfect country with unending rolling hills with ranches and horse trails.  There were olive farms, countless vineyards and a lot of nice wine made from their good grapes. This place still exists. It is the essence of the California Central Coast that lies in beautiful Santa Ynez Valley, located in Santa Barbara County (photo below).

It’s where I discovered at least three outstanding Pinot Noirs (one of my favorite reds) out of the several excellent ones I sampled.

The erratic, inconsistent counterpart to my favorite white – which is Chardonnay.  They’re so unpredictable and difficult to get just-s0-right (for my liking).

I started to pay more attention to this fickle but food-friendly wine right after watching the movie “Sideways” starring one of my favourite actors Paul Giamatti.

I think this movie really helped put places like Los Olivos on the map.  If there was only one place to visit while in the area it had to be the Hitching Post in Buellton, Ca.  It was where *Maya (played by Virginia Madsen) worked as a bartender.  And as it so happens I went at the start of Santa Ynez restaurant week (similar to dine out in Vancouver) so I started with a highly recommended grilled artichoke appetizer which was superb followed by a steak dinner and a take-home bottle of HP Kicking Post Pinot Noir ’09.  But it didn’t end here.

The next day I visited Los Olivos Wine Merchant & Café (also in the movie) and sampled some premium tastes of the Central Coast – all excellent choices.

For 20 years, The Los Olivos Wine Merchant & Café has been a local favorite and a must stop for anyone wanting to experience Santa Barbara wine country. It stands at the center and heart of Los Olivos. This laid-back friendly town dates back to the 1860’s. There’s casual cafés, gourmet restaurants, lovely little boutiques & festivals throughout the year for art, jazz and olive lovers.  Bring your cowboy boots.

Then it was off to the Fess Parker Winery which I must fess up (pun intended) to say I didn’t expect the wines to be as superior tasting as they really are.

The last stop was nearby Los Alamos and a watering hole at The 1880 Union Hotel, a 14-room landmark that’s hosted many a gunslinger of yesteryear –  a one-exit rural township in northern Santa Barbara County, on the way up to Santa Maria. It’s owned by actor Kurt Russell.  His GoGi label, inspired by his childhood nickname (and pronounced GO-Ghee), launched in 2008, the culmination of the actor’s own decades-long love for fine wine.

I’m sure over time this small cowboy town of Los Alamos will open up to become more of a wine mecca.

Although it lacks in plenty of places to eat wouldn’t you know I ended up at the opening of a restaurant named appropriately…”Plenty”.  Best grilled cheese sandwich!

Maya (Sideways): “I like to think about the life of wine . . . How it’s a living thing. I like to think about what was going on the year the grapes were growing; how the sun was shining; if it rained. I like to think about all the people who tended and picked the grapes. And if it’s an old wine, how many of them must be dead by now. I like how wine continues to evolve, like if I opened a bottle of wine today it would taste different than if I’d opened it on any other day, because a bottle of wine is actually alive. And it’s constantly evolving and gaining complexity. That is, until it peaks, like your ’61. And then it begins its steady, inevitable decline . . . And it tastes so fucking good. 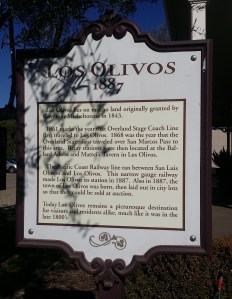