About the World’s Most Popular Handbags

What You Might Not Know: People often focus on the bag’s quilted leather material, but what was really revolutionary about the 2.55 was the chain strap. Back when Coco Chanel invented it, women used to carry their bags in their hands all the time. What a hassle!

What You Might Not Know: Lots of people refer to the bags as coming in two different hardware options: gold and silver. But that’s not silver! It’s actually palladium, a metal Hermès uses expressly because it never tarnishes. Good thing, considering what an investment one of these bags is.

What You Might Not Know: Released in the late 1990s, the Baguette’s  the brainchild of the brand’s creative director Karl Lagerfeld (of Chanel fame). How can we forget SJP’s many baguettes on several episodes of Sex & the City.  Remember when a guy stole her bag & she yelled after him correcting him that “it’s not a bag…..it’s a baguette!” 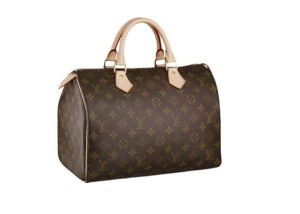 What You Might Not Know: It’s easy to associate the Speedy with in-your-face logos, but some of the most timeless, elegantly cool women have loved it through the decades, like Audrey Hepburn. She was a huge fan. This is just a timeless piece that reminds me a bit of a doctors bag.

What You Might Not Know: If you’re not a French speaker, you may not have connected that “pliage” is the French word for fold. (Makes sense, because the most celebrated aspect of the bag is that it folds up, making it beyond ideal for traveling.) A fashionable friend of mine told me it helped her with bringing back extra outfits from Paris & so on an Air France flight I bought the same bag right on the plane (since it was in their duty free magazine & saved me a trip to the store) and I’ve been using it ever since.  So light & convenient plus you can fold it tiny & store it in your suitcase (in case you need it). You will!

What You Might Not Know: Originally, Balenciaga executives didn’t like the City bag all that much, and decided not to produce it—crazy, right?—until the designer, Nicolas Ghesquière, pleaded with them to make a few of the City bags as a trial. One just needs to look at the Fashionistas carrying it to know it was indeed the right decision, although personally it was never my favorite.

What You Might Not Know: Mulberry may be all about naming their recent bags after pop culture icons—the Del Rey for Lana Del Rey, the Alexa for Alexa Chung— but the Bayswater has a different genesis. True to the brand’s British roots, Bayswater’s the name of a West London neighborhood known for leafy streets and Georgian houses.

The anti-Bag: Anya Hindmarch “I’m Not a Plastic Bag” Tote 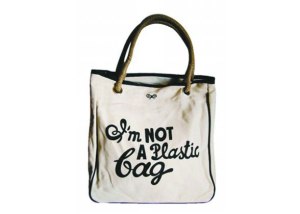 What You Might Not Know: while people were lining up to buy the cheeky, eco-friendly tote at a New York Whole Foods in 2007, the bag was massively popular everywhere around the globe. Especially in Taiwan, where the $7.50 tote created a riot (a legitimate riot!) upon its release.

*Every person in the country was using an average of 167 plastic bags each year, totalling around 10 billion bags. The company wanted to do something that repositioned bringing your own bag to the supermarket as something a little more stylish. Back in 2007, the general public, let alone the fashion elite, wouldn’t be seen dead pulling out a pocket full of old carrier bags at the till.

Confession: I paid about $20 for an eco-friendly grocery bag at Dean & Deluca in Napa because I liked the interesting foodie quotes scribbled all over which made carrying around my groceries more fun & fashionable.  A sampling of….What You Might Not Know:

Cacao, means “food of the gods” and “cacao” is a Mayan word meaning ‘God Food’.

Honey is believed to be the only food that does not spoil.  It was found in the tombs of the Egyptian pharaohs, tasted by archaeologists and found to still be edible.

The term ‘barista‘ is thrown around very lightly nowadays.  In definition, you are not classed as a barista until you have made coffee on a full time basis for 5 years.

Now can the Louis Vuitton’s & the Chanel’s compete with that?