Seeds for the Soul

Among the gifts my sis brought back from her recent trip to Spain & Morocco was a jar of BLACK CUMIN SEEDS ???

Their latin name is“Nigella Sativa”. Sis knows that I like anything to do with healing & cooking so I also got saffron, argan oil (which I wrote about on my previous beauty post) and menthol crystals.

Now these cumin seeds look different from the brownish ones I use to make Indian curry.  They’re smaller, rounder and darker.  Never seen them before so had to google. How did we live in the days before google….remember encyclopedia’s? No; me neither! I digress…

You may or may not have heard of Black seed (nigella sativa) before. It goes by many names, including black caraway, Roman coriander, and black cumin, to name a few. But no matter what you call it, these seeds are loaded with health benefits that we are only now beginning to understand. From eliminating harmful bacteria to regenerating the body’s cells and tissues, there is awesome research-backed health benefits of black cumin.

I’ll defer to Nigella Lawson, the British cooking show goddess who preaches the importance of a well-stocked pantry: It appears from a few of her recipes that her pantry includes nigella seeds. But they are not a branded food à la Rachael Ray’s EVOO (extra-virgin olive oil)—the seeds had the name first. In fact, they have a whole bunch of names, some of them misleading: onion seeds, black cumin, charnushka and kalonji, to name a few. Although they resemble onion seeds or black sesame seeds, they are actually the seeds of an annual flowering plant of the Ranunculacae family. Not only is this too much information, we can’t even properly pronounce the name.

The nitty gritty (pardon the pun):

Black seed has been used for thousands of years in Chinese medicine, Ayurvedic medicine, Unani, and Arabic medicine. It has minimal (if any) side effects and adds important nutrients to the diet. If utilized as an essential oil or by eating the seeds directly, it is a powerful antioxidant. Black seed was used by Queen Nefertiti in Egypt, and King Tut even kept a bottle of the oil in his tomb for the afterlife. This King will keep a bottle on hand, although kept contained in a jar in her kitchen. 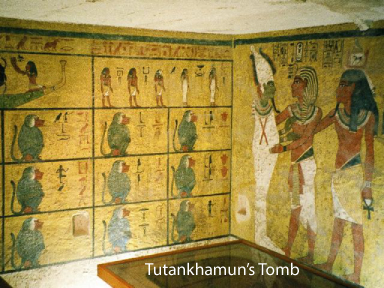 So, what the heck do I do with them?

For starters, toast them lightly to release the essential oils. Then grind them or throw them whole in an Indian dish. Add them to your favorite curried or lentil soup, but they would work in all kinds of South Asian dishes, from simple vegetable curries (like a  Bengali stir-fry or a spiced butternut squash to naan bread). They’re also part of the spice mixture called panch phoran, along with fenugreek, mustard, fennel and cumin seeds, common in Bengali dishes.

Many of black cumin’s traditionally ascribed health benefits have been thoroughly confirmed in the biomedical literature. In fact, since 1964, there have been 656 published,  peer-reviewed studies referencing it.

We have indexed salient research, available to view on GreenMedInfo.com on our Black Seed (Nigella Sativa) page, on well over 40 health conditions that may be benefited from the use of the herb, including over 20 distinct pharmacological actions it expresses, such as:

The above pharmacological actions are only a subset of a far wider number of beneficial properties intrinsic to the black seed. While it is remarkable that this seed has the ability to positively modulate so many different biological pathways, this is actually a rather common occurrence among traditional plant medicines.

Black seed has been researched for very specific health conditions. Some of the most compelling applications include: