On the very last day of March I visited SUNNYLANDS to walk through the magnificant gardens and listen to Jazz on the grass. It was the last of a “Music in the Gardens” Sunday concert series in March and it was fabulous.

SUNNYLANDS is a 200 acre historical estate featuring a mid-century modern residence and three cottages designed by architect  A. Quincy Jones.  The grounds include a private nine-hole golf course, 11 lakes, tennis court, swimming pool, and collection of sculpture and artworks.  For more than 40 years, Walter and Leonore Annenberg welcomed political, business, and entertainment leaders to Sunnylands.  The couple were among the 20th century’s most generous philanthropists.  They donated 500 million to public education and the donation of one of the world’s most significant collections of Impressionist and Post-Impressionist paintings to the Metropolitan Museum of Art in New York.

Sunnylands is surrounded by nearly 10 acres of gardens with more than 70 species of drought-tolerant plants.  They are not labeled so that the emphasis is on their visual effect.

*Jazzgrass was put together in 1999 by Idyllwild resident Barnaby Finch to honor the newer and more progressive side of Bluegrass music. He was originally smitten with the music of a short-lived All-Star band, put together at the Telluride Festival, called “Strength in Numbers.” In 2011, Barnaby wanted to perform that music again, and recruited talented locals to play. There’s Don Reed on mandolin, dobro, and guitar. He’s a famous Idyllwild virtuoso who’s performed with numerous artists. There’s Sam Zorn on fiddle, a promising young player who covers everything from jazz to Celtic music. On bass is Bill Saitta, one of the busiest musicians in the Desert—and Jeff Olson on drums, who plays with David Benoit. Pianist Barnaby Finch is the musical director, formerly music director and touring member of Lee Ritenour’s band since 1982. Prior stints include Ronnie Laws, Alphonse Mouzon, Boz Scaggs, and Lionel Richie. His piano was featured on the Lionel Richie/Diana Ross hit “Endless Love.” From 1982 to 1989 Barnaby toured with George Benson, and from 1987 to 1989 he was conductor and musical director. 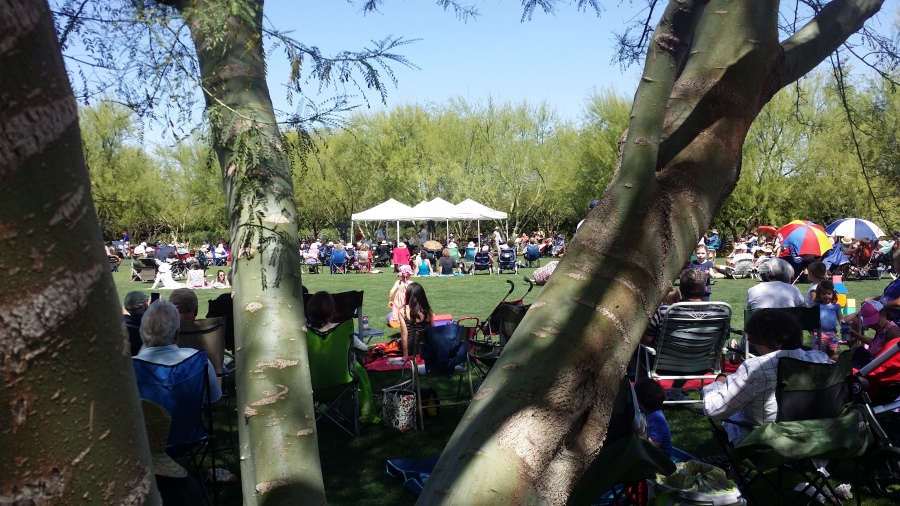 Other people’s photography below:

Sunnylands is a renowned birding area and a photographer’s paradise.