What does Marilyn Monroe’s iconic “Happy Birthday Mr. President” gown, Carol Burnett’s “Went with the Wind” curtain-rod dress and Cher’s show stopping 1986 Oscars look have in common?  They’ve all been designed by the one and only Bob Mackie.

Mackie, the true fashion visionary and icon himself was in Palm Springs (actually he lives here) in person for his latest book signing…a first-ever comprehensive and authorized showcase of the legendary designer’s life and work featuring more than 1,500 photos and sketches – many from Mackie’s personal collection.

Duh; of course I was there!  I was one of the first to buy his latest book appropriately titled “The Art of Bob Mackie” as soon as I was alerted about it via bookstore email.  It’s a fashion lover’s dream book.

It’s just Fabulous!  The book signing was at “Just Fabulous” – a suitably named store here in Palm Springs (link below) specializing in extraordinary books, cards for all occasions and other fun items you won’t see anywhere else.  I dare you to walk in and come out empty handed – won’t happen!

I also bought a Christmas tree ornament and I don’t even have a tree.  You’ll see!  Maybe I’ll get a tree just to buy more ornaments.  Post to come…for me it’s still too early to be shopping and/or posting stuff to do with Christmas.

But getting back to Bob. Guess I’m not exactly on a first name basis with him after meeting him only once. But I feel like I know him. What I mean by that is I remember watching almost every episode of the Carol Burnett Show in my grandparents’ living room on almost every Saturday night for years.  And I remember watching the Sonny and Cher show with my parents. What does this have to do with Bob Mackie? Everything!  He was responsible for every costume for the entire production of the Carol Burnett Show and made all of the costumes for Cher after meeting both Sonny and Cher on the Carol Burnett Show.  And of course it doesn’t end there. From Broadway to Burlesque, his  wide ranging repertoire includes dressing every famous glamour girl and some of the guys for stage, TV, movies and concerts with unique, incomparably stunning and sometimes hilarious creations. 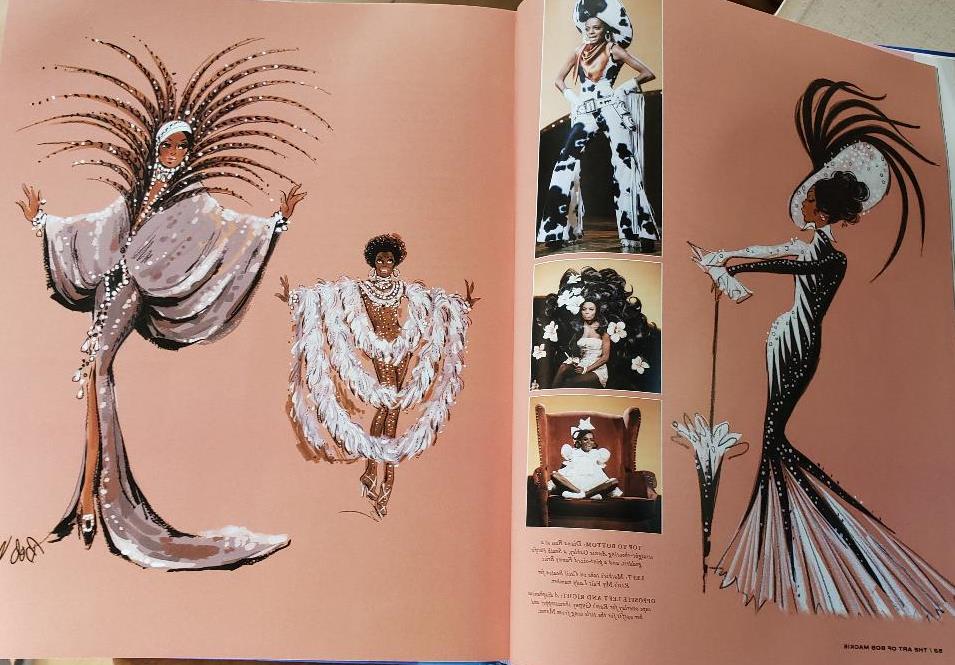 I missed meeting Bob Mackie at the vintage market even though he was there on his own and it wasn’t announced.  He was there and I was there but I really wasn’t there because it was after a pride party the night before so don’t ask so I missed meeting him then.  But I got to tell him at the book signing that I unexpectedly and surprisingly came across a few of his designs at the market (which has expanded since the last time I was here) which I had never seen before.  And to my disbelief, he was completely unaware of that fact.  So I felt like we had a “moment.” A Mackie moment that I’ll remember for the obvious, but also for the fun outside the shop while waiting.

On the Outside looking Instyle 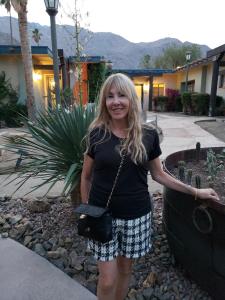